Tuxford is an old coaching and market town and was once a hub for travellers and boasted four railway stations. Today it is a great destination for tourists thanks to its variety of independent shops and attractions.

Tuxford Windmill is a large working windmill and is open Thursday through to Sunday, it sells its own flour in its shop and tearoom and there are a number of tours around the windmill available on its opening days.

The Old Lock Up is situated on Newcastle Street. This is one of only three in Nottinghamshire and was built in 1823. The lock up has two cells, one for men and one for women.

The Old Grammar School was founded in 1669 and is on Lincoln Road. This closed between 1912 and 1915 and was used later as a library.

The Rebel Stone can be found at Ashvale, on the Old Great North Road. It is said a Jacobite prisoner – of some importance- broke his neck leaping from a coach and was buried standing up on the side of the road.

Tuxford has ancient tunnels running under it, although these are not open to the public.

St Nicholas Church stands proudly in the centre of Tuxford and was built in the 12th Century. The Clerestory was added in 1374 and the chancel was rebuilt around 1495. The Chapel was restored and widened in the 18th Century.

Walks of Life Handcart Museum, which chronicles our history on wheels can be found on Lincoln Road.

Sally Mitchell Art Gallery and the Museum of the Horse can be found in the centre of Tuxford. It is set in a wonderful 18th Century Posting Inn. As well as the fine arts gallery, which has ongoing exhibitions of sporting equestrian and canine art from internationally renowned artists, the Heritage Award winning museum is packed with unusual equestrian items spanning from 600 BC to the 20th Century.

Gosh is based on Eldon Street and offers a unique Beauty Lounge which focuses on providing their clients with professional beauty treatments.

Rebel Base Tattoo Studio can be found on Eldon Street.

ChilliPetals is based on Newcastle Street and boasts a tearoom and gift shop as well as a florist. ChilliPetals shares it building with Euphoria Beauty which offers a wide range of professional treatments.

Crusty Cob is situated on Eldon Street and serves fresh cobs and salads from Monday to Saturday, they also have a tearoom which serves hot and cold food and they will often do theme nights.

The Fountain Hotel is on Lincoln Road and provides accommodation.

Tuxford has a number of takeaways which include a Chip Shop, Pizza Bar, Chinese and Indian takeaways, as well as a variety of shops including a Newsagents and Post Office.

Caravan and Camping sites are available on Lincoln Road and High Marnham Road.

Tuxford Primary Academy is on Newark Road and boast excellent OFSTED results as does Tuxford Academy which is situated on Marnham Road.

Tuxford has its own fire station which is situated on Newark Road. 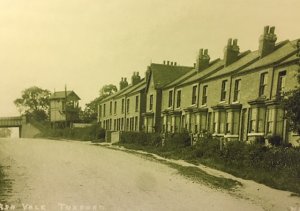 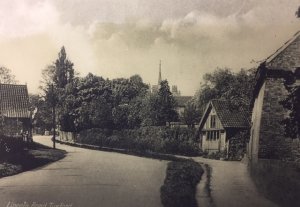 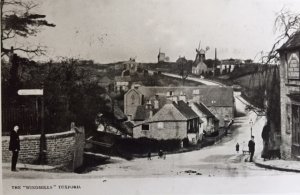 Eldon Street and the Windmill

The office is open Tuesday to Thursday 8am to 2pm.

You are welcome to visit the clerk at The Beeches Community Centre, Birch Court, Tuxford, NG22 0NF.

The clerk works from home on Fridays but is contactable between the hours of 8am and 2pm.

The office is closed on Mondays.

If you need to contact the Clerk outside of these hours and your call is urgent please leave a voicemail message (on the mobile number) and someone will endeavour to call you back as soon as they can.

There are TWO defibrillators located in Tuxford.